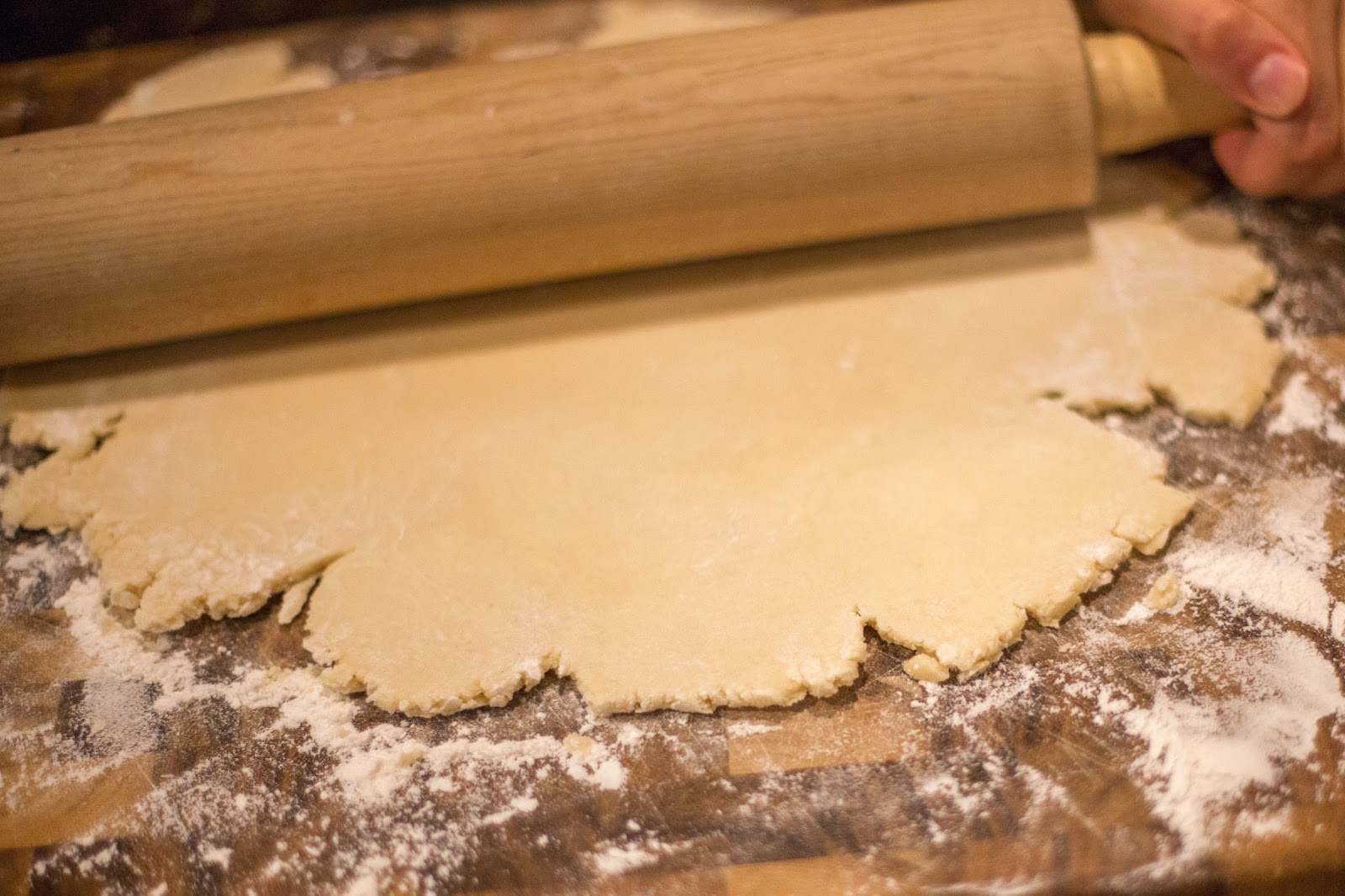 I came to making pastry pretty late, but I did a lot of watching growing up. My mum made pie crust the old fashioned way. Cold butter, cold water, flour, a dash of salt, and a pastry cutter. Watching those small hands work such simple ingredients into a beautiful, perfectly flaky pie crust was amazing; it never failed to please!


I studied my lessons well, and with my very own pastry cutter in hand, I set off to make a pie dough for my son's first Thanksgiving. I moved through the motions with what I thought was a deft hand. I brought the dough together, set it aside to chill.. and... it fell to pieces. Two more attempts the night before the big feast, and I finally had a dough that held together and rolled...but cut to the big moment and my pie crust was, well, let's say it was tough. As in, so tough, that people just ate the filling. Sigh.

Flash forward a year, and I decided to try again. This time I abandoned my Mother's recipe (sorry) and went straight to a butter dough. A "short dough", also known as a Pate Brisee.

This is a must have recipe for both the pastry adept and the pastry fumbler (like me). It works for tarts as well as pie. The buttery and flaky texture is wonderful for both sweet and savory recipes, and I have never had a batch fail me. Never. This is a gold star recipe in my book!

In the bowl or a food processor with the dough cutter blade, combine the flour, salt, and sugar. Pulse several times to mix. 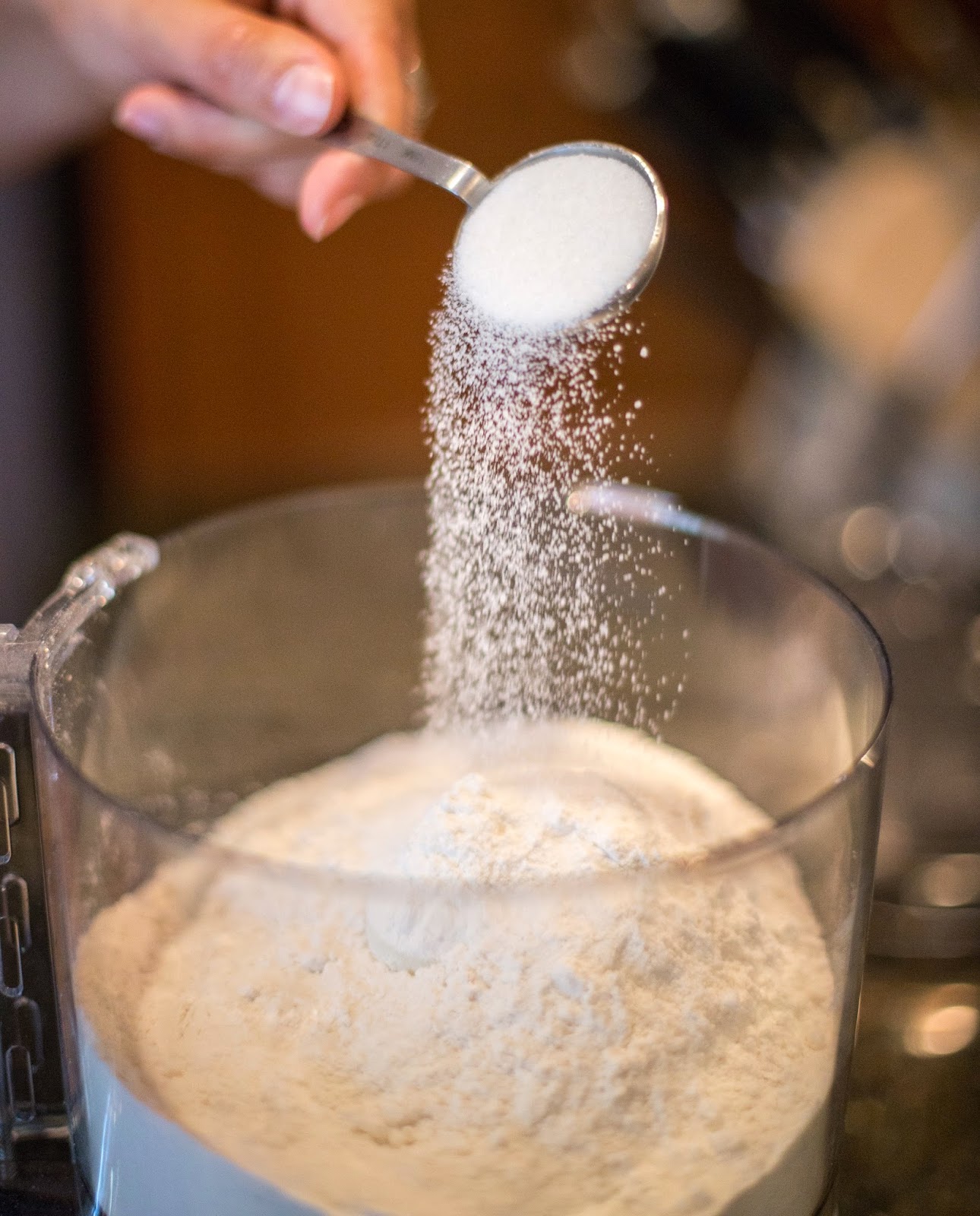 Next, add the butter one cube at a time, giving a couple of quick pulses after each addition. Do not pulse too long, you want to end up with a "sandy" texture after all of the butter has been added. 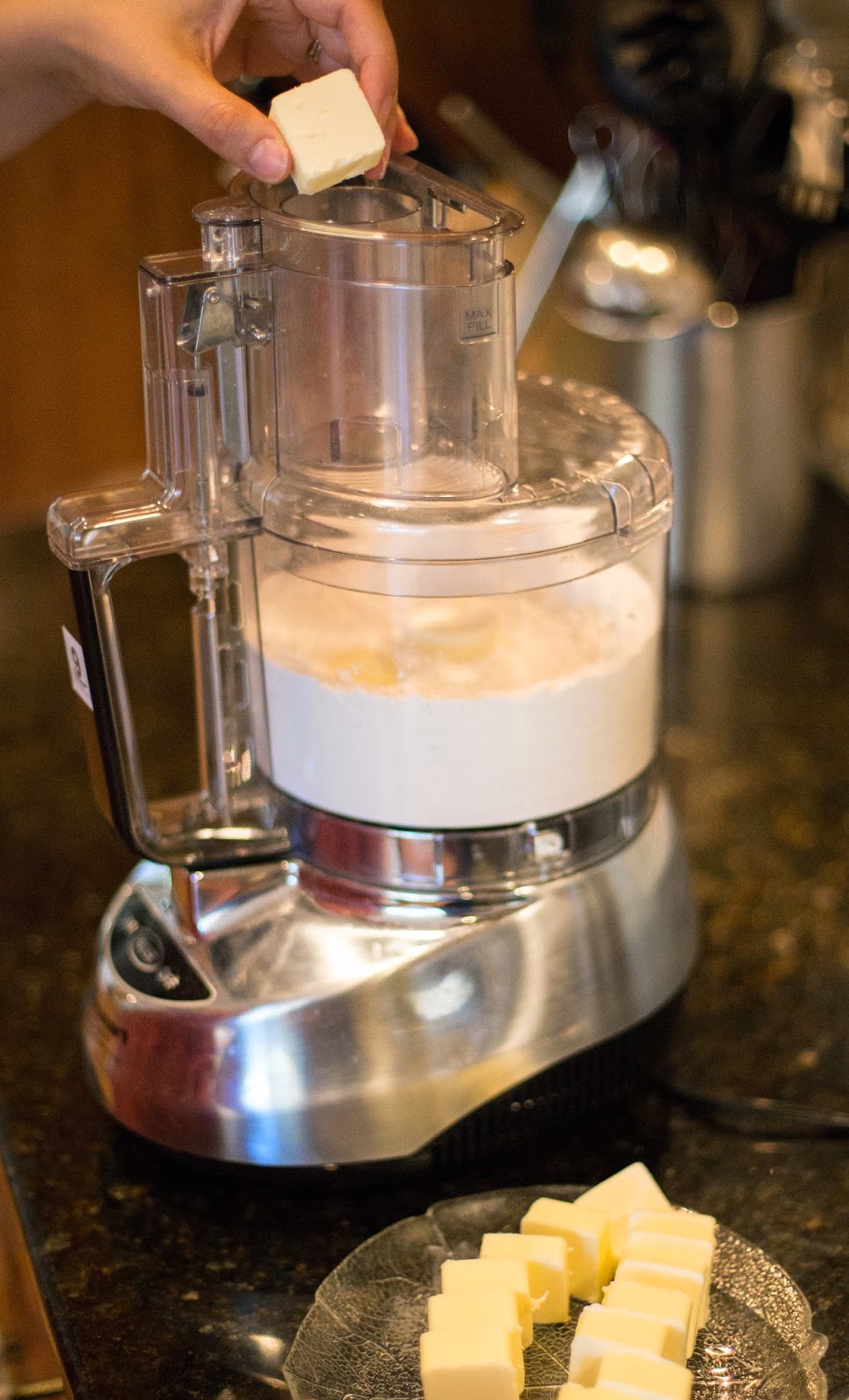 Now, in a steady but slow stream, pour the ice water into the processor bowl while pulsing several long bursts, just until the mix starts to ball together. Try not to add too much water, as your dough will get soupy. This is where you have to eyeball it because the amount of water needed changes every time depending on the moisture content of the butter. 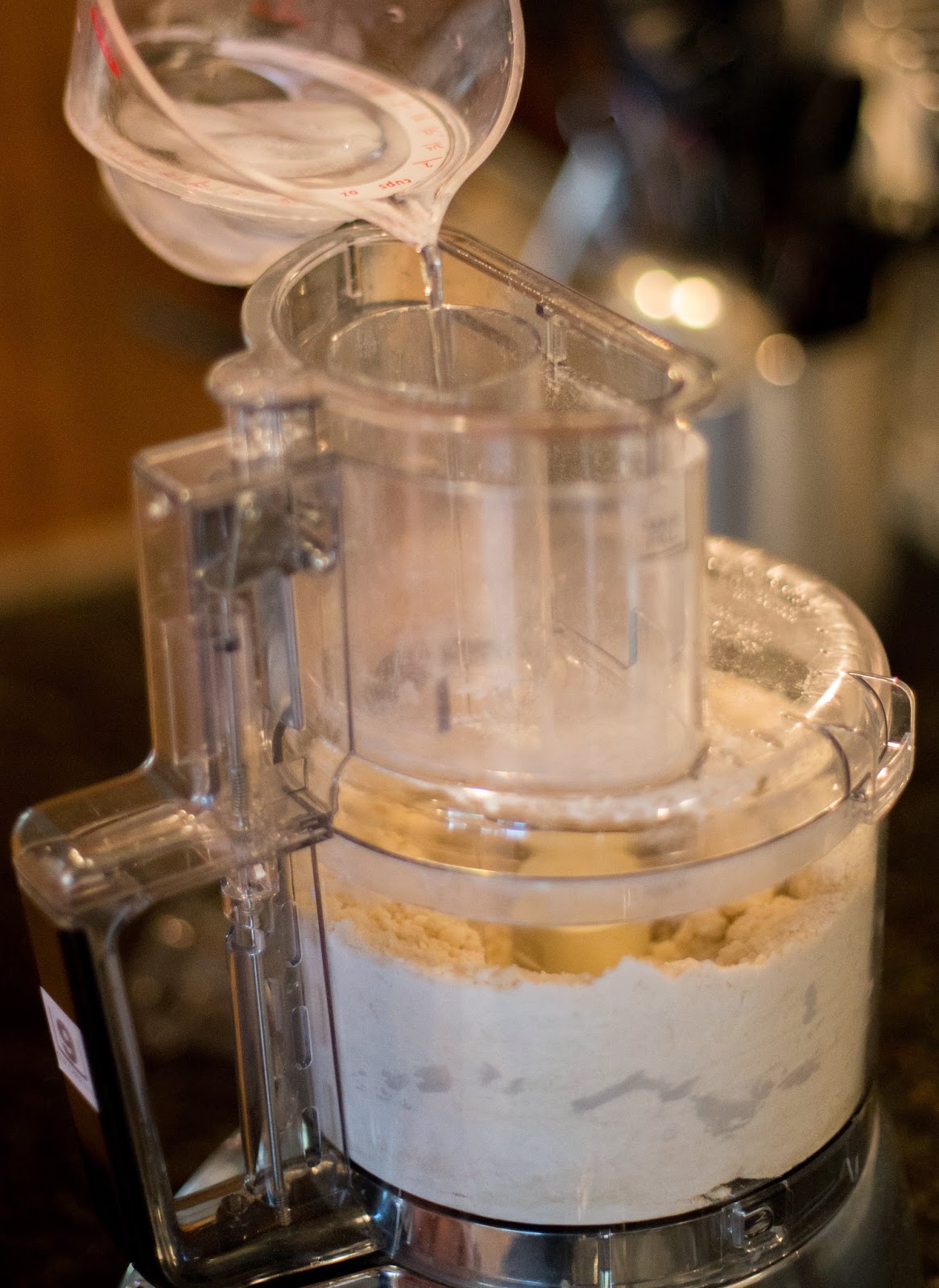 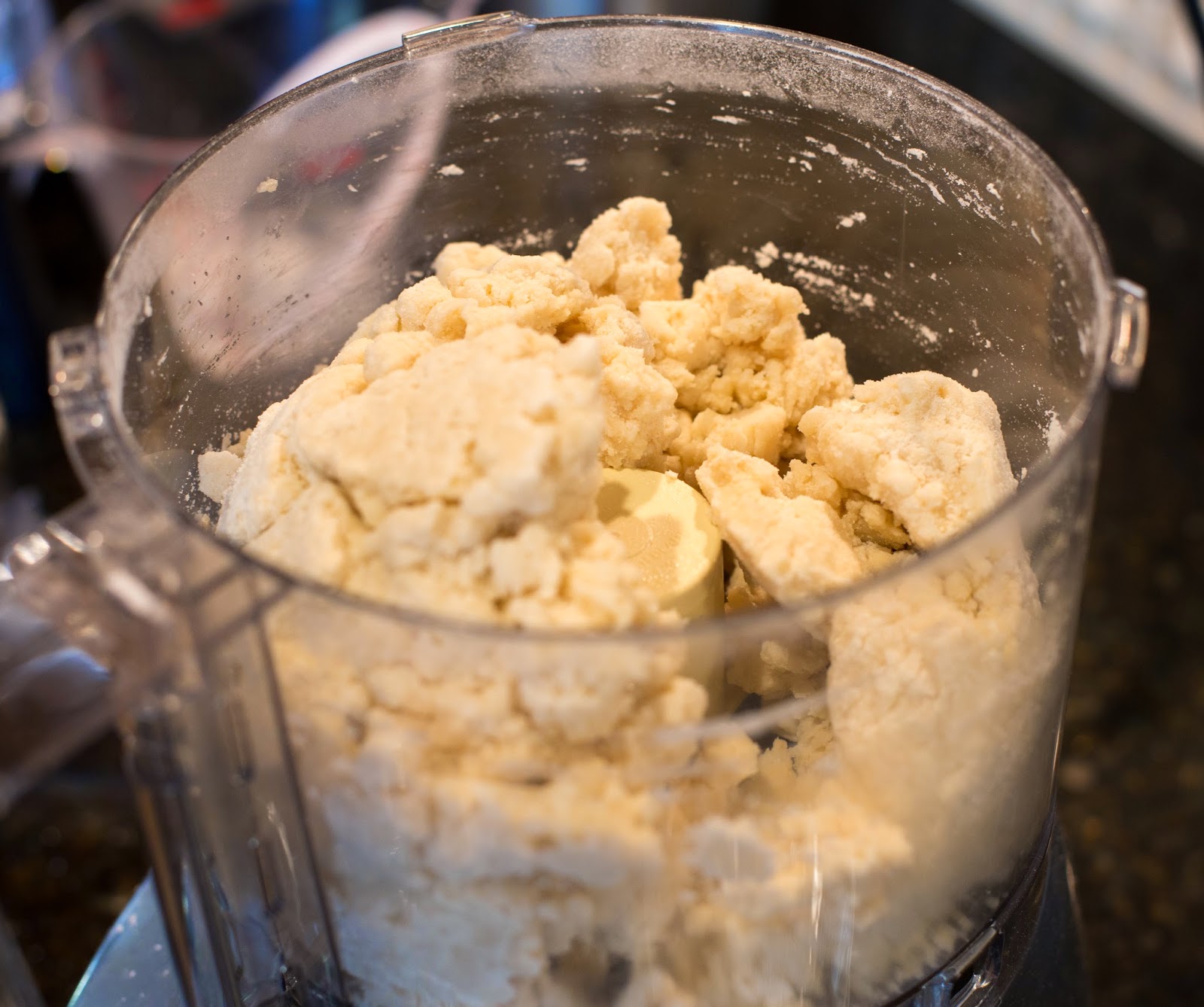 Once combined, dump out the mix onto a layer of plastic wrap and lightly mold the dough into a ball. DO NOT OVERWORK. 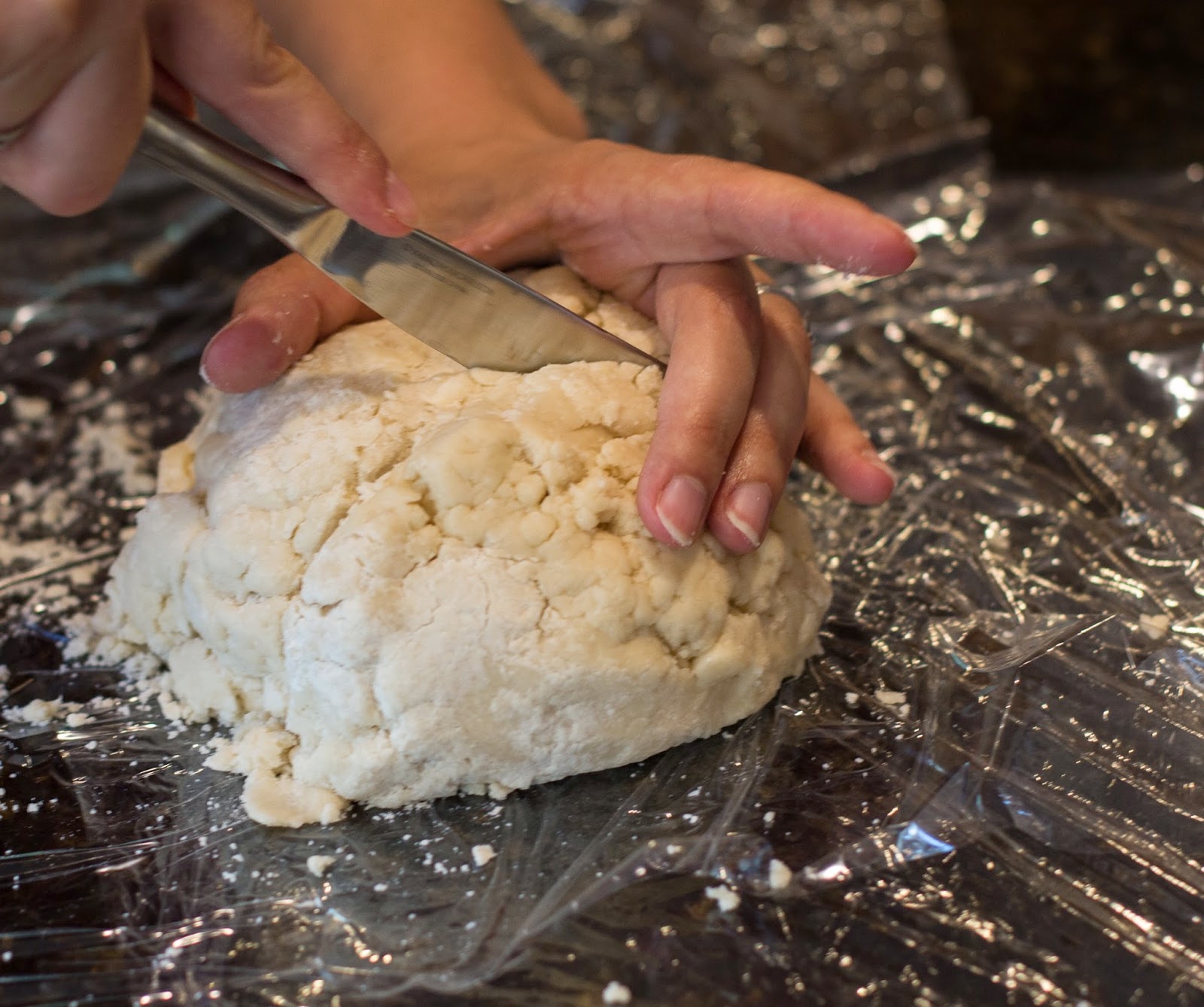 Using a butter knife, cut the dough into two equal portions. Transfer one portion to another layer of plastic wrap and form into a loose ball. Layer 2-3 sheets of plastic wrap around the dough and seal tightly. Repeat with the other half. Gently push down on the dough balls to flatten slightly. 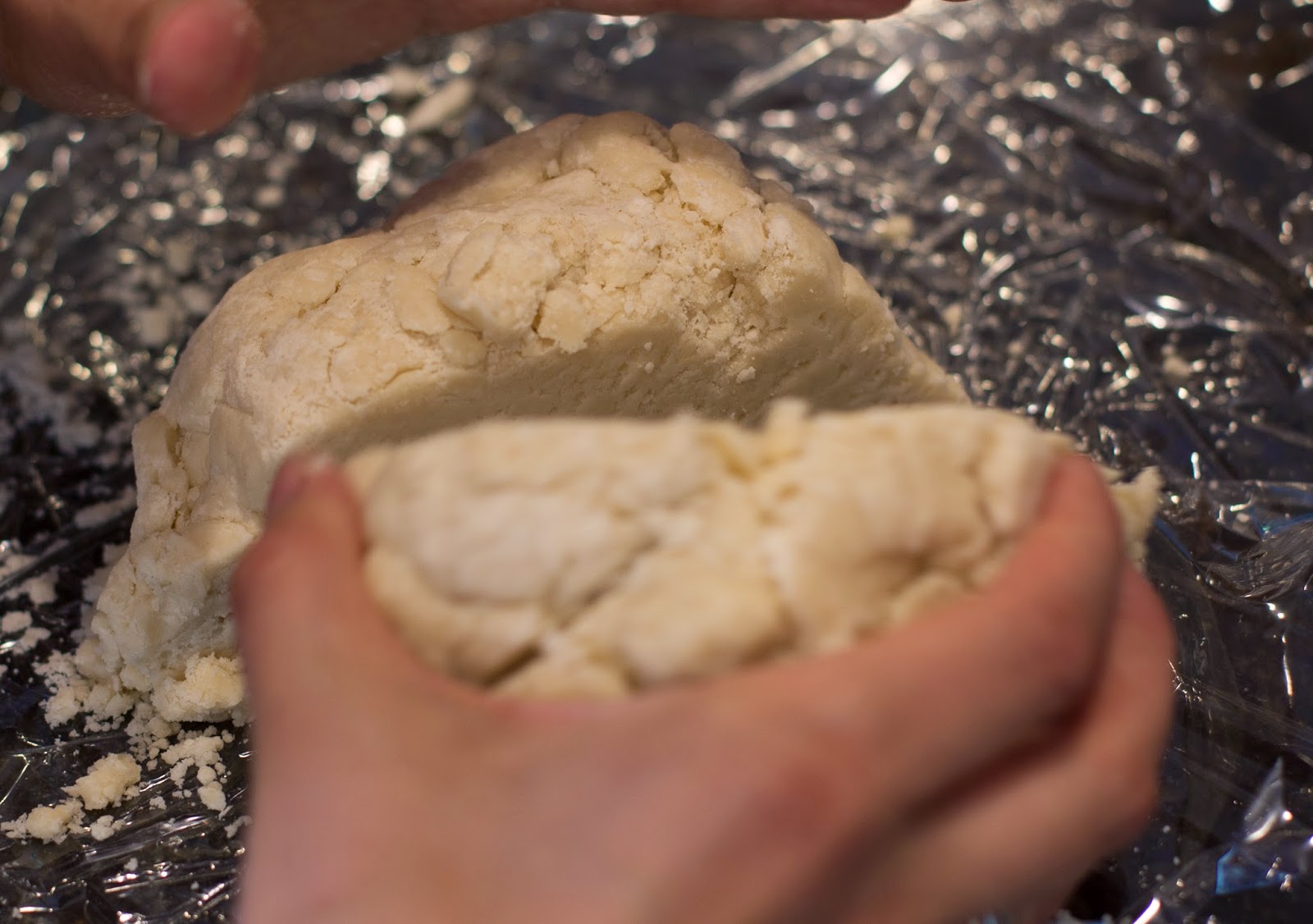 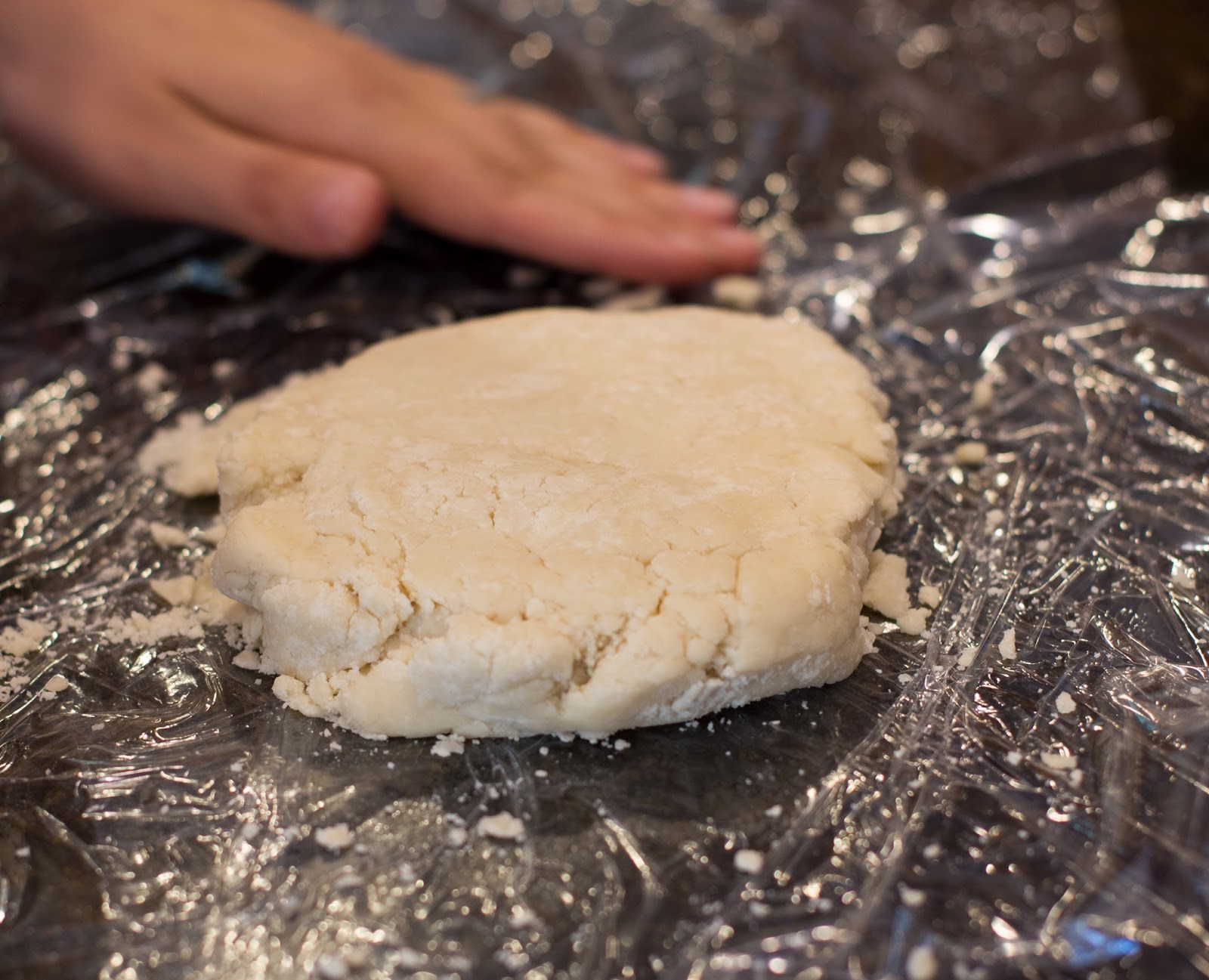 Place into a large freezer bag and chill for at least 2 hours before using. This dough also freezes extremely well. Just pull it out of the freezer the day before you need it and allow the dough to thaw in the fridge. 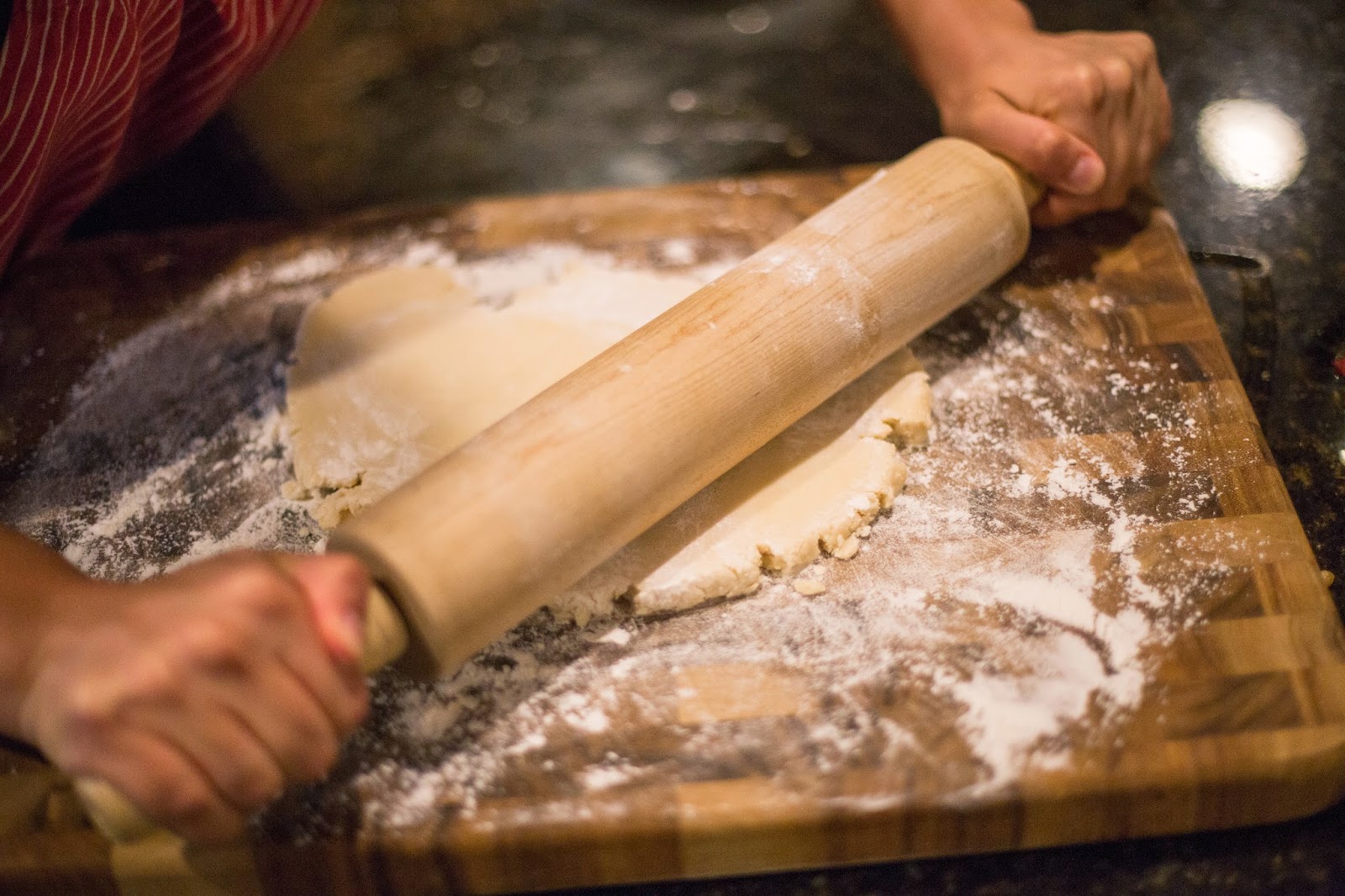 Jessie-Sierra
Hi! My name is Jessie and I am an avid cook, recipe hoarder, and child wrangler. I love to find new and creative recipes to try as well as to introduce my arsenal of tried & true dishes to my family and friends. From small plates to big holiday dinners, you'll find a little bit of everything here!